I decided to do a mass film review — my own ad-hoc awards ceremony.

When the 88th Academy Awards come in February, the winners will be selected by a body of people who collectively make up “the Academy” — actors, writers, directors, producers, and anyone who’s been invited to join the Academy by its governing board.

While this is very genteel and democratic, it’s also frustrating and results in a lot of political and social theater. We recognize patterns: the Academy, like Hollywood, is liberal but not super liberal. They award feminist characters and LGBT storylines, but they also award bad movies like The Blind Side. The Academy has affinities for nostalgia and Bruce Vilanch comedy, but comedies don’t stand a chance.

When we tune in to that star-studded night, we are forced to accept that winners are chosen by their peers and by all the biases and politics of La-La Land. This can be frustrating. For this reason, I offer a totally biased, transparent, single-sourced list of winners from your favorite faggot commentator. Here are my picks for the best films of 2015.

I was surprised when they made this novel into a film. I read the novel several years ago, and it was hard to get through. Beasts Of No Nation by Uzodinma Iweala is a brutal first-person account of a child soldier in sub-Saharan Africa. I lived in Zambia for several years as a child and my parents founded an orphanage there. When I read the book, I pictured the kids at the orphanage, many of them my age, carrying machetes and semiautomatics, and it deeply affected me.

I was nervous to watch the Netflix film, but thankfully the adaption is not quite as gruesome or intense as the novel, and its roughness is balanced out by gorgeous cinematography and Idris Elba’s knockout performance. Elba embodies the monster commander of a small paramilitary troop of young boys who ravage the lush wilderness, looting villages and killing everyone in their path.

This was the year of the ensemble film. Youth, written and directed by Paolo Sorrentino, is the story of a retired orchestra conductor, Fred Ballinger (Michael Caine), on holiday in the Swiss Alps at a luxurious resort that hosts a bizarre array of characters — film stars, directors, musicians, mountaineers, and anyone looking to escape from life.

The film haphazardly follows many narratives, primarily focusing on Ballinger’s relationship with his daughter (Rachel Weisz). Frequently skirting into the realm of the magically surreal, the film forces us to suspend our disbelief at various points as it establishes reality, then breaks it. In the end, we’re unsure if any of the stories were true, and it doesn’t matter. Youth is a beautiful ride and one we feel deeply, even if we can’t quite define it.

I’m not the biggest fan of period pieces, which is why this film clocks in at number eight. Eddie Redmayne may grab another Oscar for his role as Danish painter Lili Elbe, one of the first transgender women to undergo sex reassignment surgery in the early 1930s. Redmayne’s performance is fully committed and raw.

The casting of a cisgender actor as a transgender woman has caused much controversy. Many rightfully say the casting was a missed opportunity to cast a trans woman in an iconic role. But Redmayne drew in audiences and invited them to recognize a social dialogue rapidly building momentum. The Danish Girl is a conversation starter that will hopefully lead to more trans actresses and actors cast in lead roles in the future.

Starring TV actors Taylor Schilling from Orange Is The New Black and Adam Scott from Parks And Recreation, The Overnight is a dark comedy about sex, Los Angeles, and couples with kids. When Alex and Emily (Scott and Schilling), newly transplanted from Seattle, meet the mysterious but stylish pair Kurt and Charlotte (Jason Schwartzman and Sarah DeVincentis) at the playground where their sons seem to be getting along, the two couples plan a dinner date — for that very night.

After dinner, it’s pot, penises, awkward situations, and a refreshingly honest approach to sex within — and outside of — a happy relationship. Read my review here. 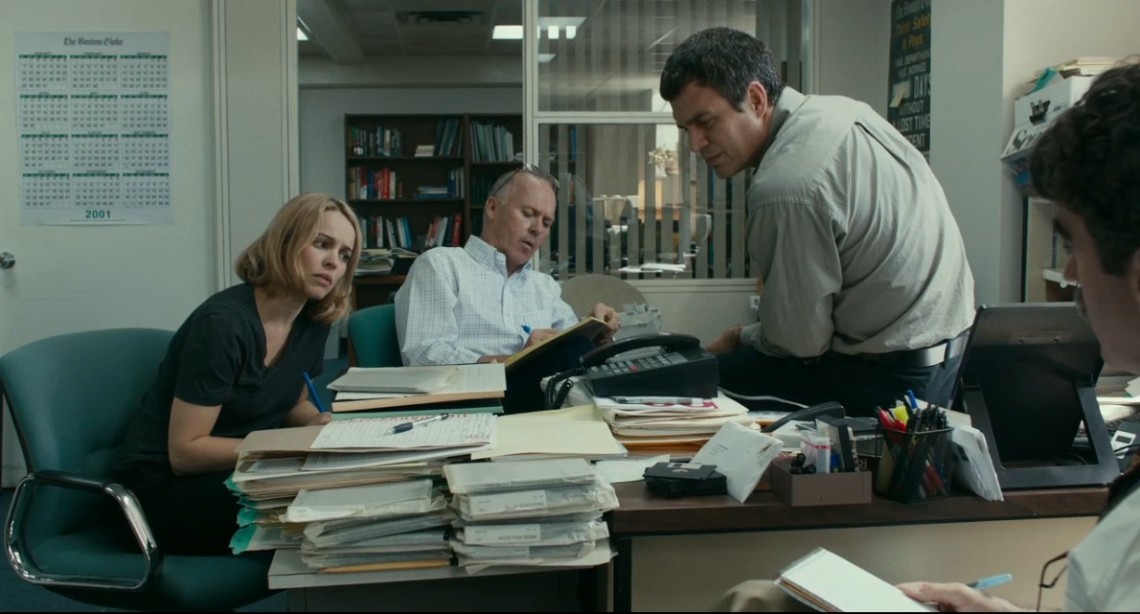 Spotlight is a nail-biting newsroom drama about the small team of investigative journalists at The Boston Globe who, in 2001, first investigated and eventually published hundreds of stories about Catholic priests molesting young children, mostly boys from poor homes — and the church’s massive systematic coverup of these crimes.

Their reportage, which won The Globe a Pulitzer in 2003 for Public Service, was the tip of the iceberg of what we now know to be a global scandal and cover-up. Spotlight is an ensemble film, so it’s hard to say who stands out. Mark Ruffalo painfully overacts as reporter Mike Rezendes, contrasting with the understated performances from Michael Keaton and Liev Schreiber.

Winehouse was a rare talent at a young age, with low confidence and low self-esteem. The documentary, made up of home video recordings, shows how every smoldering lyric was inspired by events in her life — heartbreaks, relationship troubles, and a deep feeling of being “no good.”

Everyone is raving about this movie, from its beautiful cinematography to its badass female lead. As the gun-toting, ass-kicking, skinhead cyborg Furiosa, Charlize Theron is a win for women in the machismo-heavy genre of action movies — and tough guys across the Internet are pissed. Or at least they were when the film was released last May.

All politics aside, it’s actually a great movie, and one hell of a headache if you aren’t prepared for two hours of nonstop explosions, cars, screaming, fighting, and general Mad Max fare. Tom Hardy delivers a gruffer, more taciturn Max than Mel Gibson, who played the post-apocalyptic antihero in the franchise’s original three films. Hardy is great, but Theron steals the show by force. Read my review here.

I’m biased here — I went to see this movie with my ex-boyfriend last February and we absolutely loved it. The memory of seeing it, and by extension the film itself, is bittersweet. But from a strictly critical stance, Kingsman: The Secret Service has such over-the-top camp that it works beautifully. It’s a blast.

The story of a young, troublemaking street kid named Eggsy (puppy-faced Taron Egerton) who gets taken under the wing of gentlemanly superspy Harry Hart (Colin Firth) is a tongue-in-cheek, blow-em-up spy movie that is refreshingly absent of romance or a token damsel-in-distress. And there’s a cute dog. 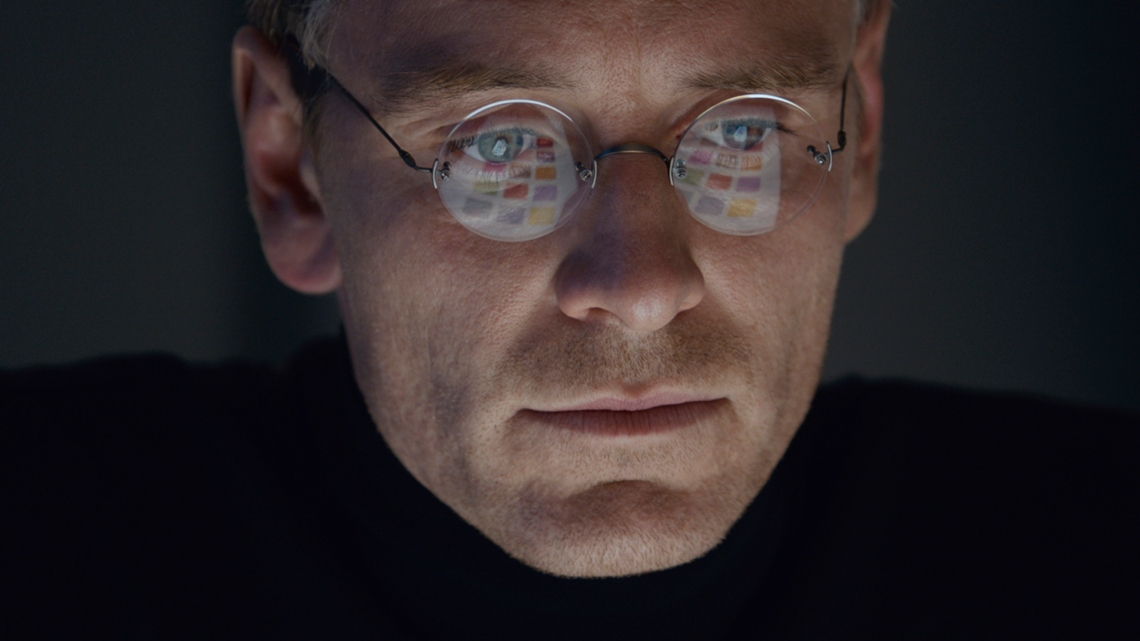 Steve Jobs shows us the many fights and confrontations happening behind the scenes of three consecutive Apple product launches — you know, those big auditoriums filled with cheering fans, where former CEO Steve Jobs unveils new gizmos to cheering fans.

The film never makes it to the iPhone — arguably the most iconic Apple product of Jobs’ career. Jobs is carried by Michael Fassbender’s furious performance as the tumultuous mastermind behind Apple’s elegance and exclusivity. Fassbender isn’t the only one who wows: solid performances from Kate Winslet and Seth Rogen make it an ensemble piece with bold editing and a script that will likely take home a writing award this year.

And the award for Best Picture goes to…

I was not interested in Carol when I saw the trailer. I only went to see it because Tracy Gilchrist, editor-in-chief of SheWired, had been ranting about it in the office for weeks. (SheWired, a lesbian news source, has published some great articles on the film.) It was the only one this year that left me stunned, and the only one I went to see a second time.

Set in 1950s New York, Carol is the story of a young shopgirl, Therese (Rooney Mara), who meets and falls in love with an older, wealthier woman named Carol (Cate Blanchett). Carol is a regal, sultry, chain-smoking society woman with a domineering ex-husband and young daughter. The two strike up an illicit romance, but Carol’s husband is always watching. The film is a lush story of lesbian love in a forbidding era.

While Therese watches Carol move around her house, wide-eyed, we are wide-eyed with her: Blanchett’s performance is at once effortless and deeply studied, and perhaps the best of her career.

It’s a stupid movie starring Jesse Eisenberg and that girl from Twilight. There’s guns, one-liners, and a half-hearted plot about a secret government program to develop spies or something. The film is cut-and-pasted from action flicks you’ve seen before and marketed to audiences who loved Scott Pilgrim vs. The World. Go see it for migraines.

It’s so terrible that it’s almost good. I tried my hardest to enjoy Kristen Wiig’s weird, implacable performance as a mentally ill health nut who wins the lottery and finances her own television show — entirely about herself — but I was unable to discern if she was going for camp, comedy, or some hybrid of the two. Comedy aside, the entire film seems to unsubtly make fun of people who struggle with mental illness. I threw in the towel when her character castrates dogs on television (they show everything). 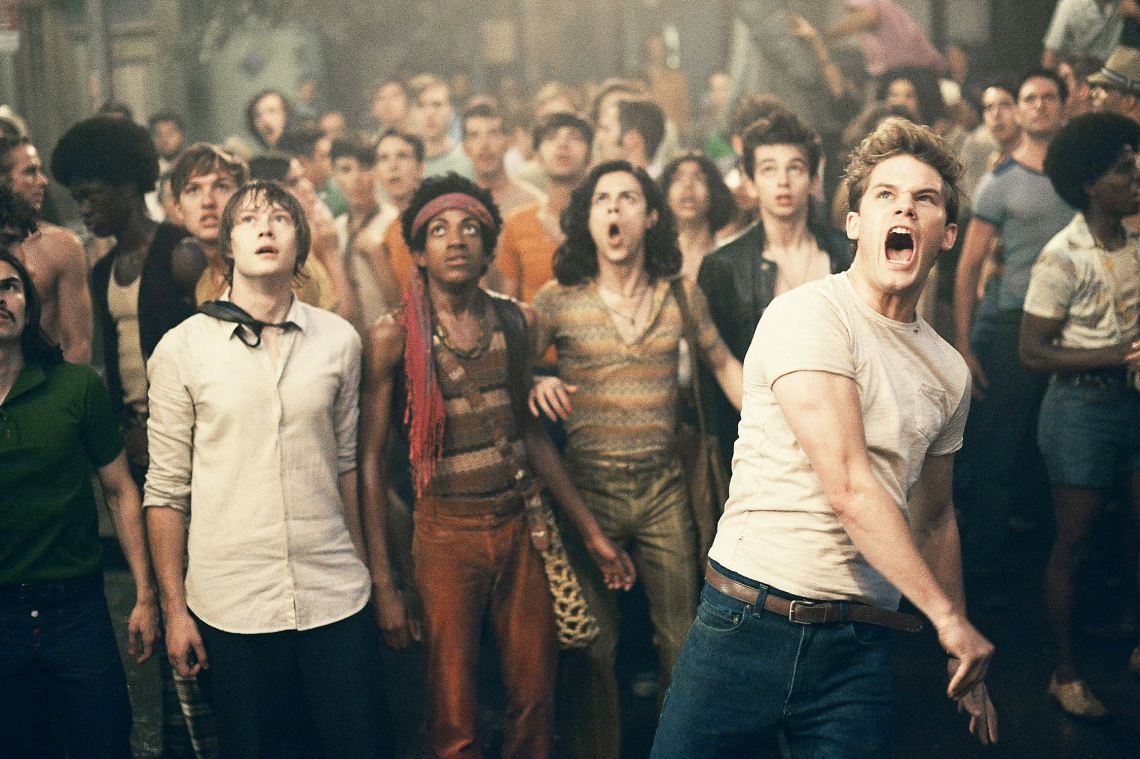 Enjoy my writing? Please support my work on Patreon. Patrons get perks.